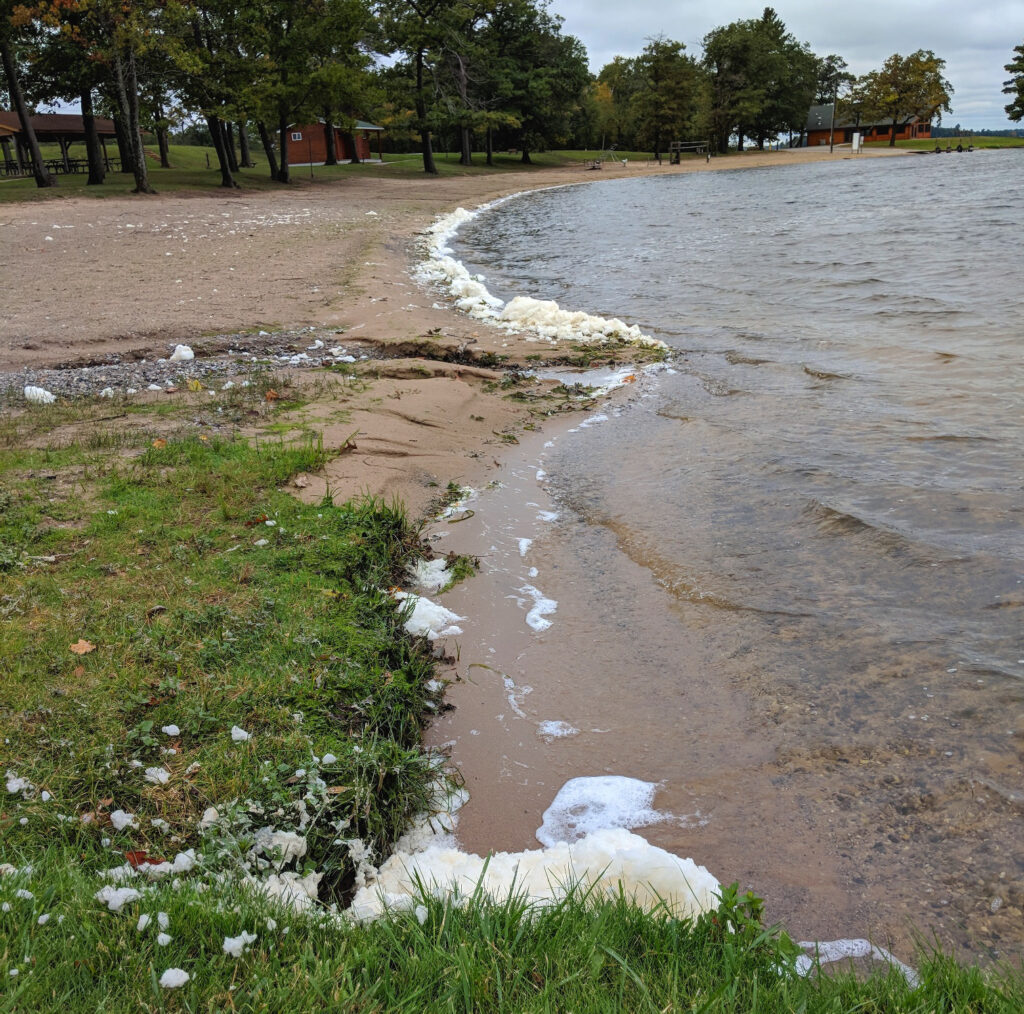 Lake foam is a common occurrence in the spring and fall. You may also even see it during the summer, especially after large storm events. It is very common in water bodies across the northern climates, and Tri-Lakes is no exception.  Here’s what’s happening:

In the fall, aquatic plants and algae start to senescence (die off). During the decomposition of this vegetative material, nutrients and other organic compounds like lipids, organic acids, and tannins are released.  These natural compounds can float to the top and mix with the surface water.  The organic compounds then decrease the surface tension of water. The reduced surface tension of the water allows millions of tiny air bubbles to form from wind or other disturbances (e.g. current, dams, riffles, etc.) that become the “foam”.

As the water temps warm, plants and algae start growing again.  This growth absorbs the nutrients while bacteria break down the organic compounds.  These actions lead to less fuel to create the foam. However later in the summer, heavy storm events can also cause wetlands to purge water rich in these compounds, and If there are also high winds associated with these same storms, you may have temporary foam production.

Human sources of pollution from runoff, septic systems and even sediment disturbance can do the same thing, and even intensify the amount of foam throughout the open water season. Some forms of pollution contain the same compounds that create foam. So it can be that foam is also an indicator of pollution. It would take substantial monitoring to determine specifically what the cause is. Bottomline: lake foam is often a natural phenomenon and not always caused by pollution.